The Portland Phoenix
Lez Dance!
My photograph of Ballez appears on the cover.

Racked
The Gods and Goddesses of LGBT Anti-Prom
I photographed the annual Anti-Prom at the New York Public Library.

VICE
Pêche Di and the Trans Modeling Revolution
I photographed the founder of Trans Models NYC, a transgender modeling agency.

Riding with the Oldest, All-Gay, All-Male, All-Riding Motorcycle Club
I spent three months getting to know the fellas of the Empire City Motorcycle Club after the club celebrated its 50th anniversary.

The Jewish Daily Forward
Behind the Scenes at Fashion Week with Yigal Azrouël
I photographed backstage at the designer's Fall/Winter 2015 collection show.

Inspired by Late '80s Fashion, Tribe NYC Wants to Create a Style Revolution
Photos and Q&A with the collective of young artists

What Does Sexy Look Like?
Also for Glamour.com's "Smitten" blog, interpreting what sexy is.

Barron's
On Stage: Acrobatics and a Trip to Mississippi
accompanies about Streb's latest performance 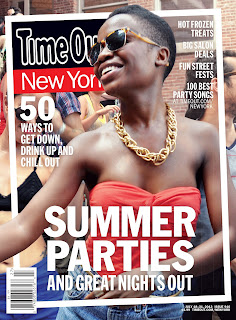 Please note some images may have been cropped by the site for the links below.

DanceBrazil
An infusion of capoeira and contemporary dance at The Joyce

Ballet Hispanico
The company returns to The Joyce with premieres and old favorites.

Douglass Dunn
The choreographer premieres Aidos at BAM Fisher
Ronald K. Brown and Evidence
Celebrating the 30th Anniversary of the company at The Joyce
David Neumann
The dance theatre artist performs "I Understand Everything Better" at Abrons Arts Center

Gillian Walsh
A new dance theatre piece at The Kitchen

Armitage Gone!
Karole Armitage's company performs "On the Nature of Things" at the Museum of Natural History

Liz Gerring and Company
Photographs from a rehearsal of glacial

Pilobolus
Pilobolus's 2014 season at The Joyce

Savion Glover
Glover and company perform "Meditation" at The Joyce

Twyla Tharp
The world premiere of "Cornbread Duet" at BAM

MOMIX
The vibrant company performs at the Joyce

Ballet Preljocaj at BAM
The French company's performance of "And then, one thousand years of peace"

Fall for Dance: Streb and Ronald K. Brown
Another rehearsal for the fall festival at the Delacorte

Elizabeth Streb
The company performs "Forces! The Movical" in Brooklyn.